Entityname : Here specify the name which will act as a root element under which data will be merged.

XPath : Here user need to specify a XPath based on which data will be fetched from each data file for merging.

For example: If there are 20 files or data chunks each of which contains a customer data with the below XML format. All the files will be merge them into single file in a batch size of 2. So, in the XPATH section the values are provided as following: XPATH = //BusinessPartners, Batch Size = 2 and the Entity name = Envelope. 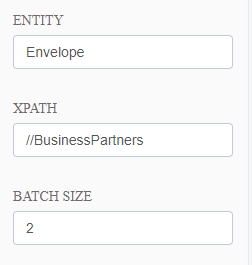 The concept of identifying the merger property is like that of the splitter property, that is by viewing the corresponding packet. (In this case, it is the transform packet as the merger node is used after the Process node). 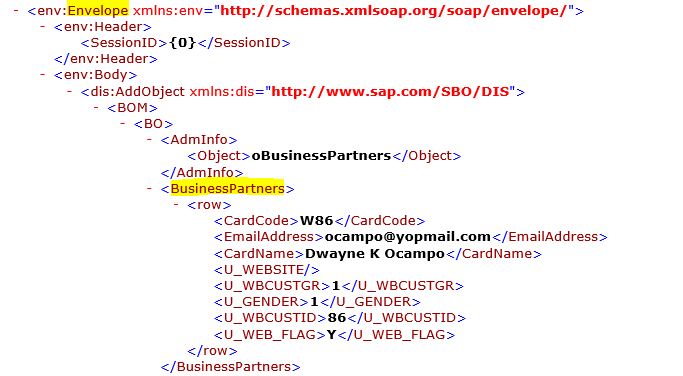