For Example : You have created a variable having the name XYZ with data type String and have associated an XPATH expression //items/item/customer_id. Once defined, upon calling the variable, it will execute the expression associated with the variable.

Creating variables in Processflow is easier and can be done directly by dragging the app node in the designer section. You need to follow the below steps so that you can create variables and take the advantage of them.

2) Enter the required details in the General Section of the node configuration window. Click on Properties section and the screen for variable list appears, if you have created the variable previously. Or else, click on the CREATE button. 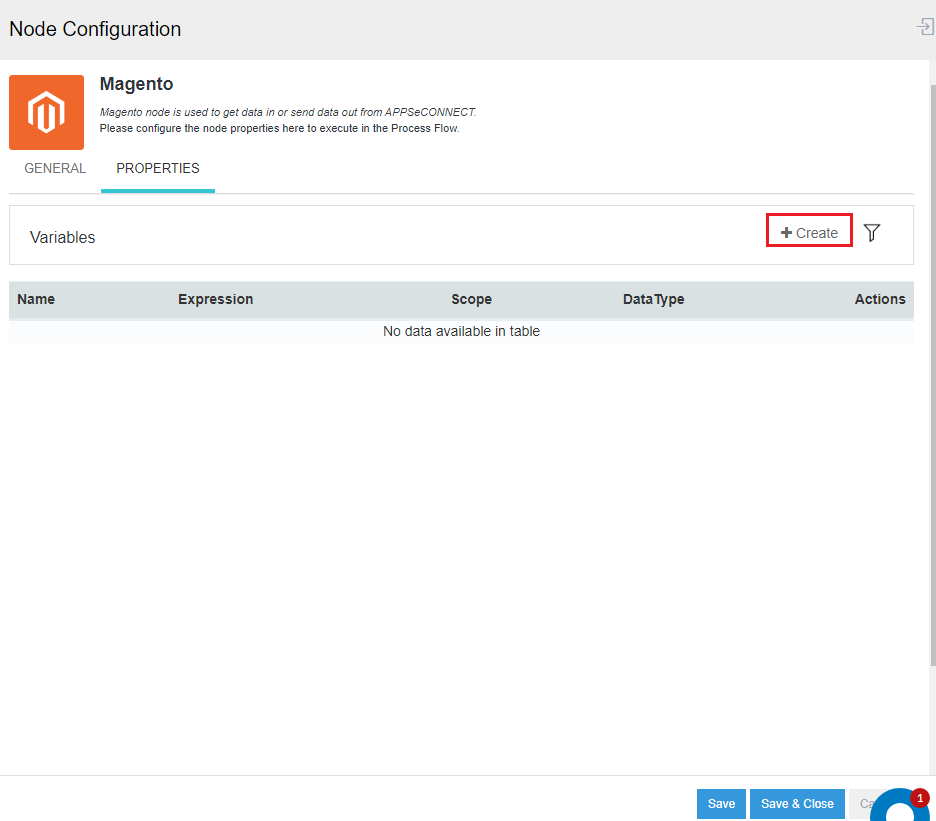 3) You need to provide the following details in the Properties Tab :

4) On clicking the View List button, you can view all the created variable for the node in a list view.

Following the above process you can successfully define & Save a Variable.

D. Clicking on the filter icon, you can search a variable from the variable list by providing its name.

Editing Variable is equally easy as creating and saving a variable. The process to edit a variable is given below :

A. Open the Application Node Configuration Window where you have defined the variable.

B. Clicking on the Properties Tab, the Variable listing page opens.

C. Click on the ellipses icon (Three horizontal Dots) on the Actions column beside the variable. You’ll get two options from the drop down.

D. Click on the EDIT button. You can view the Create Variable page. Modify the changes that are required and click on the SAVE button.

Note : You can modify only Expression and Default Value fields.

Deleting a variable is an essential part of processflow development so that you make necessary changes.

A. Open the Application Node Configuration Window where you have defined the variable. Click on the ellipses button beside the Variable, in the variable listing page.

B. Click on the Delete button available on the drop down window.

C. You’ll be getting a confirmation message for the deletion process. 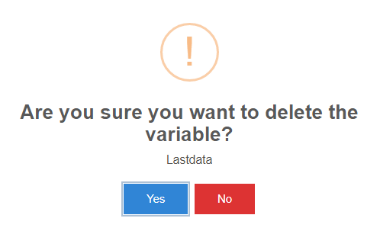 Note : You cannot delete a Variable that is currently in use for execution and will be provided with an error while doing so.

1) Design the processflow and Open the Node Configuration Window for the application implementing GET operation. The node configuration window opens.

2) Enter the required fields in the General Tab of the Node Configuration Window of the application implementing GET operation. Click on the Properties Tab.

3) Click on the Create Button in the Properties Window. The Variable creation page opens, enter the required details and click on the save button.

4) Navigate to the General tab and click on the Configure Filter button. Expand the Action filer node, enter created_at in the key field and variable name in the value field. To know more about Actions & Action Filters, Click Here. Finally, click on the save button.

6) Click on the File Tab of GET node to view all the files fetched after the date that is provided in the variable.

7) You can also view the Activity Logs of GET Node in the snapshot for viewing the variable implementation logs.

This part of the document will list few scenarios that will help you understand the usablity of Variables :

You can also create, edit and delete variables during mapping along with variable mapping in a processflow.